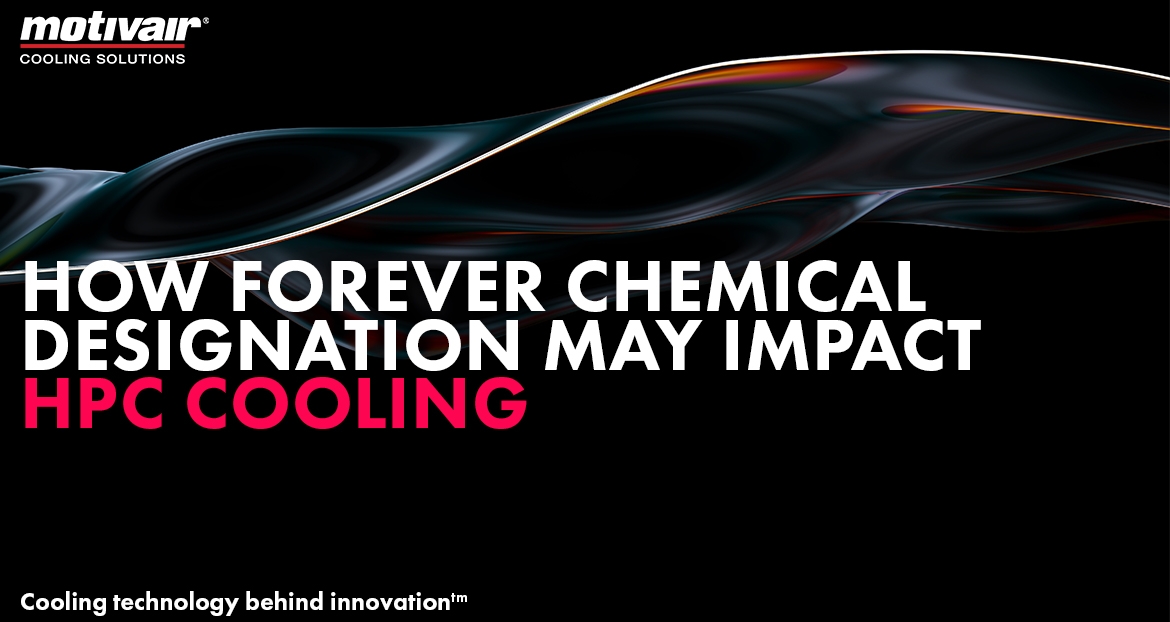 The EPA’s recent designation of so-called “forever chemicals” will have a significant impact on the IT industry’s ability to leverage two-phase immersion and two-phase cold plate cooling solutions as it looks to manage thermal challenges in higher wattage GPUs and CPUs.

In December, the EPA’s designated polyfluoroalkyl substances, better known as PFAS, as hazardous substances. PFAS have also come under scrutiny in Europe, where some are urging an EU-wide ban on use of the substances.

CAN THE HPC INDUSTRY SHIFT FROM HERE TO MEET DEMAND?
Each of these approaches offer their own unique benefits as well as challenges, however the recent EPA announcement presents concerns likely causing early adopters and the IT industry to take pause for three primary reasons:

SINGLE PHASE AND TWO-PHASE COOLING OPTIONS
The rise in computer chip wattages has led to a flurry of advances in thermal technologies designed for removing heat from high-powered servers, such as those being used for Artificial Intelligence (AI) and Exascale Supercomputers.

Immersion cooling is available in single phase (using a non-conductive oil) or two-phase (using a dielectric refrigerant like Novec).

Originally driven by Bitcoin farms, immersion cooling made its mark by efficiently removing close to 100% of the heat generated from servers through immersing entire IT assets in specialized tanks filled with dielectric (non-conductive) fluid.

Direct Liquid Cooling is a method which has been used for decades, where fluid is directed through cold plates placed on top of various computer chips to remove heat.

All of the cooling technologies mentioned here have been deployed successfully and no doubt will find a home within the larger IT ecosystem, however the recent events surrounding two-phase cooling will continue to present challenges to large scale adoption moving forward.

As the IT industry continues to leverage advanced chips for driving innovation and competitive advantage, thermal technologies remain at the center of the ecosystem. Those technologies capable of meeting performance needs, ESG goals, and supply chain continuity will most likely command the most attention moving forward.