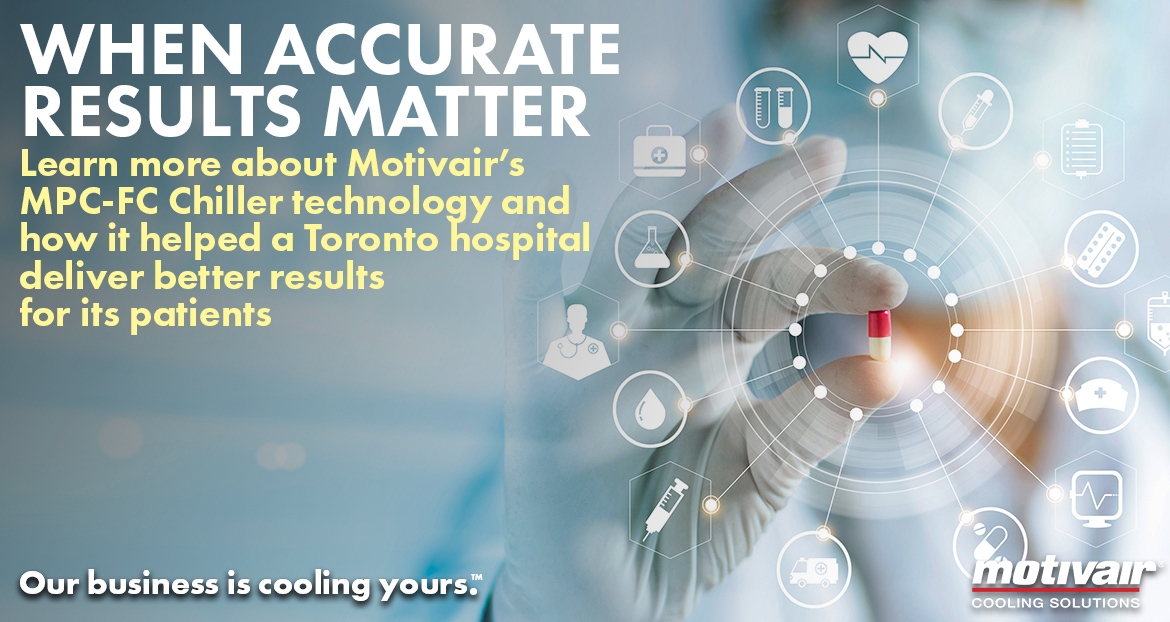 North York General Hospital, affiliated with the University of Toronto, has served the north central Toronto and southern York, Ontario region since 1968. It’s over 5,000 staff, physicians and volunteers provide a range of care, including state-of-the-art medical imaging.

Magnetic Resonance Imaging (MRI) is just one of the many services offered by North York, but is unique in that its MRI machine runs 24 hours a day, seven days a week. An MRI is a medical diagnostic test which provides different information about structures within the body that are often not detected by other techniques, such as ultrasounds or computed tomography (CT) scans.

MRI’s can be used to find tumors, bleeding, or infection and often involves a patient using a contrast material during the test to show abnormal tissue more clearly. As described by North York General, it produces computerized images of the internal body tissue and is based on magnetic vibration of molecules within the body induced by the application of radio waves. It’s extremely effective in providing cross-sectional images of muscles, nerves, ligaments, spinal cord, brain and other critical body parts. The fundamental component of an MRI machine is the large magnet within the scanning system

For the scanner to operate properly, it is critical the magnet be kept as cool as possible. The consistently cool magnet temperature directly affects the quality of the image that is viewed by the doctor. Therefore, an MRI chiller is required to remove the heat generated by the device, which can be harmful to the equipment and cause it to be unreliable and inefficient.

CHALLENGE
North York General had a need for a replacement MRI chiller because the current unit had reached end of life, and the new chiller needed to provide cooling to the fan coil responsible for cooling the MRI suite. Since the building and MRI were already in use and not a new build, there were a few challenges to overcome in selecting the proper chiller: space (footprint), control, and efficiency.

Motivair Corporation, global leader in mission critical chillers and cooling systems, was tasked with providing a solution that could be mounted on the original roof curb while also housing essential components within the chiller cabinet to ensure constant year-round operation.

SOLUTION
Utilizing Motivair’s flexible design and engineering capabilities, the hospital selected an MRI chiller that would be built to its exact specifications. After a thorough evaluation of the site and the needs of the hospital, it was decided that a Motivair MPC-FC 3500 with Free Cooling technology would be the ideal solution for the specific footprint, while offering year-round savings and optimal performance.

The chiller’s design for the compact footprint was crucial in the selection process. Being that it was going to an already existing facility, there was only a dedicated amount of space available on the roof for the MRI Chiller; therefore, all essential components needed to be contained within the unit. The chiller was manufactured to include dual refrigeration circuits, an internal duplex pump station, thermal storage reservoir, expansion tank, and glycol make up system. Additionally, all the piping had to be engineered to meet the current design at the hospital.

Uptime is critical when working with any medical applications. Equipment failure is not an option so the Motivair MPC-FC medical chiller selected by the hospital came standard with an advanced PLC control package. This allowed for extensive controls and alarms for proper monitoring of the chiller.

Because of the geographical location of this chiller along with Motivair’s built-in Free Cooling technology, the hospital could achieve optimal performance year-round in varying ambient temperatures. The refrigeration plant within the chiller was designed to cool the designated heat load during hot summer months.

In this process, the MPC-FC is rejecting part or all the heat in the water/glycol system to atmosphere before the fluid reaches the refrigeration plant. The refrigeration plant recognizes that either some or all the heat of the system is not present and therefore runs less or not at all. A motorized valve sensing ambient and process fluid temperature controls whether the Free Cooling is activated and to what extent.

An added benefit of Free Cooling is the dramatically reduced wear and tear on chiller components due to fewer run hours during winter months. This automatically extends the life of the chiller and increases the value of the investment. Automatic switching between refrigerated cooling and “Free Cooling” allows for optimal performance year-round.

Energy savings in areas with cooler winter months, such as Toronto, are substantial. The MPC-FC Free Cooling chiller used in this project runs an average of 4,452 hours annually in either partial or 100% free cooling mode. This adds up to an estimated energy savings of almost $4,000 annually, which can be reinvested into additional life-saving equipment or patient programs.